Being led (trained) by the Holy Spirit is a phenomenal exercise. It is an experience unlike anything one has gone through in life. It is the case since the one being led dissociates from all things and begins associating only with God. Meaning, that though he may hold matters relating to this life, they occupy second place in as much as when needed he effortlessly sets them aside for any period of time. Of course, it is not an easy aspect for humans born according to the flesh and due to the things they are involved in life. To Jesus, who took the human form to fulfill the Father’s will, it wasn’t easy either. He took it knowing that which has been predestined for Him. “Jesus, full of the Holy Spirit, returned from the Jordan and was led around by the Spirit in the wilderness” (Luke 4:1). 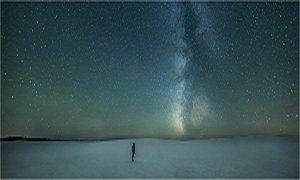 The requirement to be led by the Spirit is be filled by the Spirit. It then leads one to make sacrificial choices. God leads as many as are filled with the Spirit to it. It is an extensive training by the passion displayed for Him. We may all express passion for Him, but only some of us have the mind to show it. The latter are full of the Spirit. Jesus had the ultimate passion, since He preconditioned Himself for it. Though He did it as God, He deliberately did the same as man, because He was full of the Spirit. Hence, we also enjoy immense courage. He was led around by the Spirit in the wilderness. At first it appears He was made to simply walk around for 40 days without food until Satan appeared. But, was it? What was it that He may have done in those days? Was it obtaining a full understanding of the Spirit? Well, He Himself is God! Was it to be filled by the Spirit? The above verse says He was already full of the Spirit. Was it to acknowledge the Spirit? He was born by the work of the Spirit. Was it to prove He is the Son of God? It was ascertained at baptism when the Spirit came upon Him like a dove. Then why was He led by the Spirit into solitude? To prepare Him to face the ultimate test Satan has to offer to the flesh. He had to overcome the flesh as one born in the flesh, though He is God; for He emptied Himself of the power of God that hegemonizes the flesh. He had to strive in the Spirit to remain holy and He was. He was led to become utterly weak in the flesh, yet made strong in spirit in the comfort of the Holy Spirit. It took 40 days for His human form to become utterly weak for temptation while His spirit was strengthened by the Spirit through obedience to, focus on and passion for God. So, He was able to resist the devil. It was not for performing miracles, signs and wonders that He was led into the wilderness; for this His God status was enough. It was not to authenticate Him as the Son of God either; for this His birth by the Spirit and the Spirit over Him at baptism were enough.

So, did Jesus need to be led by the Spirit? In fact, He doesn’t have to be as God. He could have done everything God asked of Him without feeling the pain of the flesh. But, it was both His and the Father’s will that He feel the pain so that we who believe in Him have courage, hope and faith. Again, it is that He copes with the pressures of temptations. It is that we know, as people in the flesh, we have a way to overcome Satan. It is to teach us that we can defeat him regardless of the conditions only by being led by the Spirit. If the Spirit led Jesus and Jesus promised Him to us to guide and protect us, then we can be led by Him to overcome the devil. So, what might be part of that leading? It is taking the intricacies of intimate relationship with God. When we are intimate with God, we get to believe we can completely trust Him, walk with Him and receive from Him by the strength the Spirit gives. This experience will remain with us for the rest of our life. We can know there is nothing present to throw us into perpetual fear or slavery. Hence, Jesus in the flesh was able to defeat Satan at his testing Him.

Knowing Jesus there is only one possible event that could take place in those 40 days. It is fellowship with the Father or intimacy with Him. His obedience cannot allow Him for another. And the additive to it is Him being full of the Spirit. Those days were vital for Him to remain with the Father for the remainder of His course. And He said. “‘Stop clinging to Me, for I have not yet ascended to the Father; but go to My brethren and say to them, ‘I ascend to My Father and your Father, and My God and your God’’” (John 20:17). He finished His course, because after being filled, He was made to be intimate with God through obedience. We see how it worked in Him. He often went to the mountains to spend time alone with the Father. If any should wish to complete his God appointed course, he or she should undoubtedly be led by the Spirit in the capacity God wishes.

Having been led by the Spirit can lead to a misconception among people. “While Paul was saying this in his defense, Festus said in a loud voice, ‘Paul, you are out of your mind! Your great learning is driving you mad’” (Acts 26:24). People thought the same of Jesus. They said He had a demon. When we have been led by the Spirit, our speech and actions surpass great learning. They are incomparable with earthly wisdom. And so, we are often blamed and ridiculed. Yet, what has been regarded as madness will at some stage stand victorious.

Why would that which was called madness be victorious? “For if the ministry of condemnation has glory, much more does the ministry of righteousness abound in glory” (2 Cor. 3:9). A ministry (whatever it might be) that has begun by being led in the Spirit is righteousness. Its glory will be greater than any. Not that the others lack glory, but the glory of our ministry continues from glory to glory.

One of the greatest advantages of being led by the Spirit is having the truth to which we were led to by Him. We have the truth in us unlike others. Paul had it and said “that you not be quickly shaken from your composure or be disturbed either by a spirit or a message or a letter as if from us, to the effect that the day of the Lord has come” (2 Thess. 2:2). He was sure of the truth regarding the day of the Lord; for he too was led to Arabia by God for a time period.

Being led by the Spirit proves that our faith is genuine, original and consistent. Since our ministry is of righteousness, our faith too is as good as those before us. We follow Jesus just as they did. We offer Jesus to others just as they.  “Simon Peter, a bond-servant and apostle of Jesus Christ, To those who have received a faith of the same kind as ours, by the righteousness of our God and Savior, Jesus Christ” (2 Pet. 1:1). The Word of God applies to us just as it did for them. God in Christ also works toward us just as He did for and in them.

Finally, our life for Jesus will have significance. Paul said the following of those who imitated the Lord, him and his companions. “You also became imitators of us and of the Lord, having received the word in much tribulation with the joy of the Holy Spirit” (1 Thess. 1:6). The Father, Jesus, and the Spirit lead us as they usually do from the Word. We accept it even under trials, which are inevitable, for they are borne by the joy of the Spirit. This joy has been first made known to us by being led by the Spirit. The same joy appears again when the Word is received pointing to a future positive outcome from the present tribulations. In hope we rejoice in times of tribulation.