Have you wondered if God can make extensive plans for you? People often feel the weight of life and strongly wish things were different. God is actually the One that can finish our work and keep us satisfied if we allow Him to make plans for us. It begins with believing Him and then submitting to Him. When you let Him plan, you will not only have a deep satisfying life, but also of honor and glory. This may not happen right away, but you will envision it. Your faith and trust in Him gives you the confidence that He is indeed building you and your circumstances for it. Many find it difficult to let Him plan their life, primarily due to the pressures and desires of life. They do not realize deflecting God’s goodness. When He makes plans to establish a person, it comes with full security. He or she no longer has to look back. The only condition here would be to not deviate from or add to His plans. Everyone wants to have an established life, a life of joy, glory, honor and satisfaction, but only those with God’s plans arrive at it. For God alone has seen what becomes of them and is able to cause it to happen. 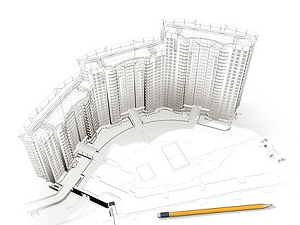 God’s plans begin with making us odious to people. As awkward as it seems it is true. It is not deliberate by any means, but as His choice guidance to us interferes with those around us, we become odious. He lets it happen knowing the plans He has for us, and not only for us, but also for many including those who hated us. If you practice righteousness by faith, you are bound to His choice guidance and will be odious to others. It is then a sign that you are on your way to an established life. God loves us so unconditionally that when we let Him plan our life He cares for us more than we can wish. The story of Joseph is a typical illustration of it. He was sold by his brothers to the Midianites for being righteous and ended up in Egypt. God was in the entire ordeal working on behalf of Joseph. Joseph, we can imagine, could not have been amused by his situation, but in righteousness trusted God at every turn in his life. God saw fit to demonstrate Joseph’s righteousness through the unrighteousness of his brothers for a greater purpose, one that was kept hidden for quite some time.

So, was God unjust to Joseph and was He unrighteous? On the contrary, He loved him more than he could have asked for. It was God’s intention to make a nation out of Jacob and He fulfilled it by making plans for Joseph. Never did He forsook Joseph or belittle him. And when the time for Jacob’s survival came, he with his entire household had to live in Joseph’s shade. God through Joseph appointed the best place to sojourn in Egypt for him and his house so that Israel would become a great and mighty nation. Pharaoh said, “The land of Egypt is at your disposal; settle your father and your brothers in the best of the land, let them live in the land of Goshen; and if you know any capable men among them, then put them in charge of my livestock” (Gen. 47:6). In order that this takes place Joseph had to be greatly blessed and God had to make extensive plans for it. Joseph’s rank and stature in Egypt as a Hebrew was unnatural, but God made it happen in His wisdom. A significant point of note is Joseph never questioned his existence nor for whom he existed. It became clear that God’s presence was with him always suggesting he consistently obeyed God. He endured for God in the foresight of God and did not consider his trials as unrighteousness of God.

The question before us is not whether we want to be established or why or how, but it is whether we want to be established according to God. Because we can all choose various avenues to establish ourselves just as is common in this world and it includes serving God by impulse than serving Him by His calling. But the fact remains that in the end our avenues dry up or stall and certainly cannot bring us to the real depth of joy, glory, honor and satisfaction. For when the Almighty is not involved in our life it is impractical to experience the existing things in the best possible way. The Scripture itself proves it. “And you have seen all that the LORD your God has done to all these nations because of you, for the LORD your God is He who has been fighting for you” (Josh. 23:3). The key here is “because of you.” Since it was God who called them and since he found righteousness in them through the leadership of His faithful servant Moses, He saw it fit to make plans to establish them. Were they stubborn? Yes. Did they transgress? Yes. Did they murmur and complain? Yes. Yet, God was willing to fight for them by those that obeyed Him, by correcting the weak and by removing those that rebelled, for He began their journey by His plan. Joshua’s words were part of his stern warning to Israelites that they do not deviate from or add to God’s plans. This would keep them established.

So, having God’s plans for our life is utterly essential as well as continuing in them. And those who do not have them profit neither themselves nor others. “But the worthless, every one of them will be thrust away like thorns, because they cannot be taken in hand” (2 Sam. 23:6). It is for this reason we see some church-goers continuing in sin. When they do not have His plans, there is no opportunity for fearing Him, for correction and so, for blessings. They constantly offer excuses or else seen defending themselves. There is no remorse in them, but only intent to cover up so much so that even some with God’s plans get carried away and deviate. However, the merit of having God’s plans is becoming valuable and therefore, be amicable to all. In seeking or arguing for God’s plans it is pertinent to note how He handles us. First, when He sees fit to execute His plans for us, He controls our surroundings. “But the eye of their God was on the elders of the Jews, and they did not stop them until a report could come to Darius, and then a written reply be returned concerning it” (Ezra 5:5). The vital aspect is His eye on us. Since He knows, though we do not, that He would bring out a favorable situation for us, He goes ahead with His plans. Second, in hard times He still continues His plans for us by ensuring our vigor and ability for establishment in the latter days is not weakened or lost. His word has proof to it. “And because of the abundance of the milk produced he will eat curds, for everyone that is left within the land will eat curds and honey” (Isa. 7:22). Because He has plans for us, He saves us so that we are not worthless. Third, He makes us understand the fate of those without His plans so that we who are with His plans gain greater confidence and strength. “How Sheshak has been captured, and the praise of the whole earth been seized! How Babylon has become an object of horror among the nations!” (Jer. 51:41).

So, embrace His plans. Stay strong! Do not feel weak or ashamed to walk in them. For when you embrace them you will be known by the way God has led you and for what purpose He did it. “But when he had considered this, behold, an angel of the Lord appeared to him in a dream, saying, ‘Joseph, son of David, do not be afraid to take Mary as your wife; for the Child who has been conceived in her is of the Holy Spirit’” (Matt. 1:20). When you become His choice, He plans your life.