Guilt haunts many Christians. They often succumb to it. It does not let them see and enjoy the vision God has for them. When they sin or commit any trespass, they feel very despondent and cannot bring themselves to normality. Part of the reason for it is they have not forgotten their past sins even though they were saved in Christ. They let them recur in their mind. If they commit the same sins as before, they feel guiltier and feel they can never please the Lord. The Lord has forgiven them all, but the weakness of their faith gives opportunity to Satan to make them feel miserable. However, the Word of God tells us that we need not become despondent or allow Satan to abuse us. “My little children, I am writing these things to you so that you may not sin. And if anyone sins, we have an Advocate with the Father, Jesus Christ the righteous” (1 John 2:1). 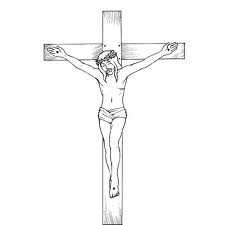 The forgiveness of our sins is an act the Lord has done it on the cross. He did it free of cost; we do not pay anything to Him for it. If we believed Him as our Savior, He has forgiven all our sin by grace, i.e. all our past, present and future sin has been annulled in Him. For this reason, He acts as an Advocate with the Father. He is helping us by cleansing in the Spirit and turning us pure before the Father. He appeals to the Father reminding Him that He has paid our debt in full. So, we need not become despondent when we sin.

We all make mistakes. We all have weaknesses. We have all acquired sin nature from Adam and Eve. There is no escaping the fact that we sin and disappoint our Father. But the truth is – we have been made righteous by faith eternally through the blood of Christ. Even though we sin, the Lord views us as righteous. It is because we were not made righteous by our endeavors or greatness, but God chose us in His mercy and grace to make us righteous. Righteousness is a rank or status God has given us before Him. He never changes it; neither does it change by what we do. And for this reason Jesus acts as our Advocate before Him. The Bible often points to us many things that lead to sin and warns not to perform them. Yet, as humans we fail in different degrees. The Lord God is aware of our frailty. And so, in awareness He beforehand offered His Son on the cross as a substitute for us so that He do not nullify the righteousness He gives.

So, next time you fail before the Lord and since you have been saved by grace through faith, know that you need not live in guilt the rest of your life. Believe God has already forgiven all your sin and repent before Him in order to acknowledge the perfect relationship He has with you, and thank Him for His unending grace. If you do this, you further fear sinning and do not consider grace as vain. God increases grace toward you so that sin is defeated.

Now that you know you can quickly be free of guilt, let us look at the benefits of a guilt-free spirit.